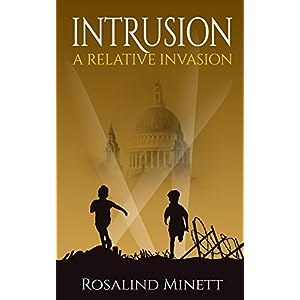 This is a delightful addition to the ‘World War Two’ genre; sort of a cross between John Boorman’s movie Hope and Glory and Mark Twain’s The adventures of Huckleberry Finn. The whole book is told through the eyes of Billy, a small child – an achievement in itself. At the top of each chapter there is a date and a short epigraph, describing something seminal which happened in the war at that time. Billy’s life entwines with these larger events, of which he is largely ignorant. We the readers, however, are informed where we are in the story of the war via the snippets. Within this goodly framework Billy tells us the story of his boyhood between 1937 and 1941.

Minett has created a most sympathetic character in Billy. Despite being the child of reasonably affluent parents his childhood is harder than it should be. On top of that hardship is plonked an unwelcome cousin who is one of the more monstrous character creations I have come across in recent years (kudos to Minett!).

Minett’s research is very good. I have enjoyed material released into the public domain from the Mass Observation Unit, and this book resonates as being factually bang on. Indeed, I can only wonder at where she has fettled such delightful touches as what cakes were baked for tea.

That Billy’s viewpoint is consistently interesting – nay, gripping – is a tribute to the accomplished prose created by Minett. I have used a child narrator in a novella of my own, and was glad when I could elide a few years and revisit him as a teenager! I know it is not easy creating a story, pace and tension, through the eyes of a small child. In this particular instance I don’t think the vocabulary is child-like and the story is anything but facile; however the illusion is created and maintained of an ambience and existence which is consistently and believably that of a young boy. And Billy grows (through four years during the course of this first book in the series) in stature and in mind.

The novel isn’t about any one particular event. There is no denouement. Rather, the book flows along at an excellent pace on its own tide, within which larger and smaller waves lift the content to new heights and drop it gently down again. There is a shameless hook (and why not!) at the end of this first book of three, in place of a conclusion.

This is a book which I, as an adult interested in history generally and the Second World War in particular, enjoyed very much. One of its strengths is that if you have children to whom you want to give a good grounding in what that war was like on the Home Front, this book (and doubtless the other two in the trilogy) will certainly do the job while providing a pleasurable reading experience whether the child is reading on their own, or with you.

There were a few minor infelicities of typography and continuity in the version of the book which was provided to me.

One thought on “‘Intrusion’ by Rosalind Minett”