In case there’s anyone alive who hasn’t heard me bang on about my books. Or you’ve been living in a cave in the Outer Hebrides for the past few years, here is a reprise. They are all available from AmazonUK and US, Waterstone’s online, fishpond, The Book Depository and, in the States, Barnes & Noble. I give the Amazon UK links to them, for simplicity. 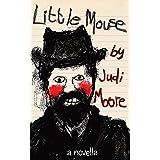 Little Mouse was published in 2014. It is a sort of prequel to Is death really necessary? in that it covers the tribulations the Goldstein family experienced during Kristallnacht in 1938, their flight to Edinburgh away from the Nazis, and what happens when the past follows them there. 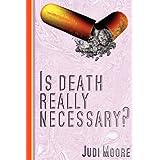 A century later, in 2038, the Goldstein dynasty has created Gold’s Prosthetics, developers and manufacturers of marvellous prosthetics from arms, legs and eyes to lungs and intestines. The ultimate solution for diseased and worn out organs is contained in Nanonics. It can heal the terminally sick at a molecular level. But there is a terrorist who has found a way to use it to turn vital petrol supplies into molasses. This is the story of what happens when white nanonics meets black nanonics. Published in 2009. 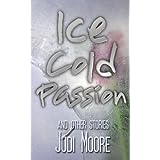 A collection of some of my better short stories, published at the end of 2015.

People are capable of the most extraordinary things: even the sort of people one might imagine live cloistered lives in one way or another. Sometimes the extraordinary things we all experience lead to success – even to triumph; sometimes to disappointment – even disaster.

If you read any of them and enjoy them, please tell your friends – and please consider leaving a review on Goodreads and/or Amazon. Word of mouth and peer review is immensely important in the indie publishing world.