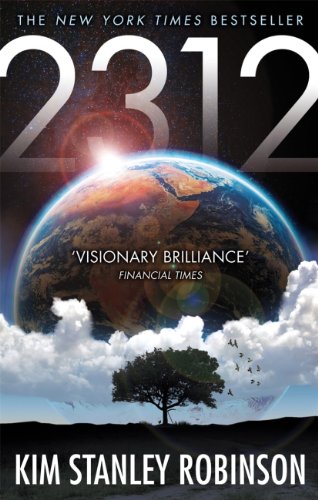 I really enjoyed this – but I should add that I am a fan of his Mars trilogy, and of his ecological novels too (he manages to make cycling sound like fun – which is an achievement, in my book). I was made up to find he’d written another book in the ‘Mars’ milieu (this one – and since then another ‘the Martians’ which catches us up with how terraforming Mars and living in harmony with each other is going). If you relish learning about the ways people live after we’ve made the move into space, then you will love this book. If you want to know about the planet Mercury, then you will love it. If you want a lot to happen, not a whole lot does. There is a long walk and a lot of whistling. There are maleficent pebbles. There is galactic politics. Robinson does, however, continually review what it is to be human and what the human condition could become. Like all his work, it is immensely thought-provoking, even if you don’t believe that this is the way humanity will develop. 2312 has confirmed my opinion that Kim Stanley Robinson is the finest writer of SF working today.