**Originally written for “BigAl’s Books and Pals” book blog. May have received a free review copy.** 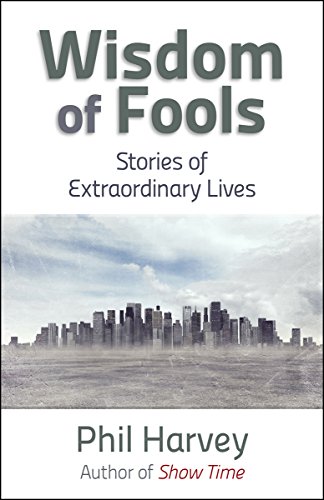 Of this collection of eight stories by Phil Harvey six of them are contemporary, two are science fictionish.

Phil Harvey has other important career strands alongside his fiction writing. He is the author of non-fiction books about contraception, government snooping and libertarian values; he has set up a charity which implements family planning and HIV/AIDS prevention programs in developing countries; helped fund the Drug Policy Alliance, the Marijuana Police project and NORML; he works to raise awareness of freedom-of-speech issues and injustices caused by the war on drugs; and he runs a company which helps adults enjoy their sex lives. His compassion in and deep knowledge of these various areas informs his fiction, to advantage.

These are meaty stories. The author turns out to be one of those treasured finds in whom, as a reader, one may place absolute trust (although that was, perhaps, not completely true of the final story in the collection ‘Xa’s Pool’: it is still a fine story).

The eight stories are delightfully varied. Nevertheless, they do have aspects in common. I would describe them all as having both a visceral foundation and as many layers as an onion. Harvey sketches in characters at the same time as he develops the story – no hanging around to see the set and meet the cast here. Not a word is wasted, which is essential when constructing short stories. The story is underway from the first sentence: the pace and length are perfectly judged – and at the end is a payoff, which one had not seen coming, which is perfect and thought-provoking.

Harvey is a man who really understands the short form in fiction and uses it beautifully. The Amazon puff names several writers of short fiction in whose company these stories can stand. I hereby add Ernest Hemingway – yes, Harvey is THAT good.

My favourite (and it’s a hard choice) is ‘Virgin Birth’ which looks at particularly difficult moral choices that might surround a surrogate pregnancy – the sort of choices that I’ve never been encouraged to think about before. I found it revelatory.

This is a short book. One can absorb a story in a sitting. Even if short fiction isn’t your usual fare I urge you to give these a go. If you’re still wrinkling your nose at the idea, Harvey has longer fiction available. This is an author well worth discovering.