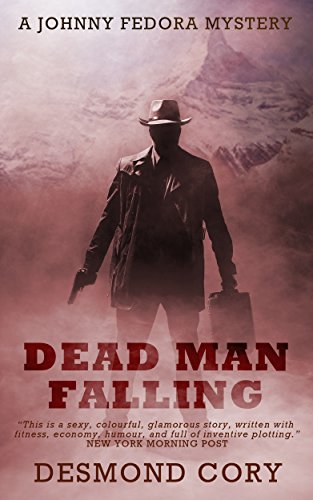 I picked this up on a whim, partly because I wanted to test my month’s free membership of Amazon Prime and borrow a book (something I’d never done before) also because (as with all my reading these days) I was directed somehow to the engaging synopsis of the book on Amazon. (Which synopsis bears rather little relationship to the actual plot.)

I like Cold War stories. Big fan of John Le Carre, me. This one is set in 1950, when East-West political patterns for the next nearly 40 years were being set, a lot of roads weren’t tarmacked, most vehicles still had no synchromesh on any gear and a significant number of places had no electricity.

The book gallops along from the off. Mr Cory has an insouciant style and writes a great page-turner. One learns something of post-war Paris and European trains, rather more about rural Austria, and a considerable amount about the technical and philosophical aspects of mountaineering.

Now, I don’t like the cold. Let me lie on a hot rock and call me lizard – that’s my idea of a good time. However, this of the mountaineering I found completely compelling. Not only because of the knowledgeable observations about the mountain and technical information about climbing, where a mistake can easily be fatal (either Mr Cory has been up mountains, or has done his research very well indeed), but also about why people climb. This line was seminal: “Beauty’s nothing but the beginning of Terror we’re still just able to bear.” Which is a quote from Rainer Maria Rilke. Rilke was an intense, mystical and lyrical Austrian poet who died in a sanatorium in Switzerland in 1926. I’m not sure if he was a climber but he certainly found the mountains pressed in upon him, as they do upon the protagonists in this engaging novel.