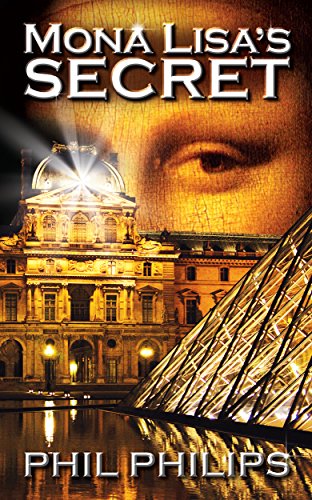 Description: This book is described on Kindle as ‘A Historical Fiction Mystery & Suspense Novel Da Vinci Code meets Indiana Jones!’. There is plenty of room for good books in the ‘history and mystery’ genre. It gives nothing away to say that we are revisiting that most complex of Renaissance men, Leonardo da Vinci, and the Priory of Sion who are both guarding and leaving clues to an ancient secret.

Author: here is a link to the website of our Phil Phillips. http://philphilips.com/about-the-author/ (There is another Phil Phillips who writes for children: he is not our Phil Phillips). Our Phil Phillips lives in Sydney, Australia and his background is in digital graphic design. He considers himself a modern Renaissance man having an interest in ‘anything and everything’. He strives to create art in everything he does, be it a magazine layout, a painting in oils or writing a thriller. His writing style has, apparently, been compared to James Patterson and Matthew Reilly. He has published two books. Mona Lisa’s Secret is his second. The protagonist – Joey Peruggia – also carries the first book, but this book stands alone just fine.

Appraisal: the book follows Dan Brownian paths. There is plenty of violence (although fortunately nobody loses body parts: I parted company with Dan Brown at that point in The Lost Symbol). There is plenty of historical stitching holding the story together (the Mona Lisa really was stolen in 1911): familiarity with Dan Brown’s tropes is taken as read, but is easy enough to catch up with should you be a history and mystery fan who has never read Dan Brown (you may be the only one …). The action moves from luxury in Los Angeles, to Paris, to the Jura mountains to Cyprus and back to Paris: the author has been to these places and takes pains to spice his scenes with local flavour.

There is plenty of meat to the plot, which is based on some fascinating historical facts with some whopping great ‘what ifs’ added. Who does not enjoy a good ‘what if’? The bigger the better!

There are a few unfocussed and/or unnecessary descriptive passages; the violence becomes a little wearying for this reader (although the hero’s escapes are most inventive); and a number of small tautologies (eg ‘the sink basin’) irritate slightly. There are a couple of plot holes. And I can just imagine what my Cypriot friends would say if they heard Cyprus described as ‘a small Greek island’ (we Europeans view the Med rather differently).

Despite the occasional fuzzy focus, the book gallops along like a horse just on the right side of bolting.

FYI: a fair amount of swearing.

(for some reason I’m having trouble inserting Amazon links. I’ll let you know when that’s sorted out.)