These are the last two short books in Lynne Cantwell’s series about gods and mortals which began with the five part Pipewoman Chronicles, continued with the three books of the Crosswind series and concluded with the four part Pipewoman Legacy. These are the final two stories of the Pipewoman Legacy series. I kept them (for so long I forgot about them!) to read as a treat. But now I’ve come across them and devoured them. And they completely lived up to expectations.

I really hope that Cantwell will come up with another series of ‘woo-woo’ books for her fans of these three series. They utilise a broad spectrum of pantheons from which she chooses deities to pair with human protagonists who may also have other abilities, such as shape-shifting, far-speaking and far-seeing. The results are luscious, sometimes explosive, always intriguing.

I am particularly fond of the Native American deities to which I’ve been introduced through these little books (be they real or from Cantwell’s fertile imagination). I am content to let the Curtis family rest in peace (they’ve certainly earned it!). But, could there more stories about White Buffalo Calf Pipewoman, Nanabush and the rest, from further back in time, when the gods were stronger, perhaps … 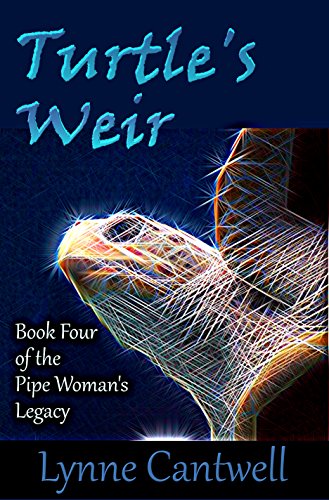 Anyhow, whatever is to come, let it come: what has been written has been written. And very well written it has been. Those who are up to speed on these three series will recall that Naomi Witherspoon negotiated a truce between all the gods and all the humans which led to all kinds of benefits for mortals, including freedom from most diseases. But the truce was uneasy. Some gods would be happy to see it founder. And a trickster god is always happiest making mischief.

A disease believed banished returns. And it strikes close to home. Rogue gods are on the loose again. The Curtis clan is in disarray. So it falls to far-seeing, web-weaving Webb Curtis to work out what is going on and do something to prevent Armageddon (no, really) if he can only remember what. He is stronger than he knows, however, and is helped when he least expects it by a little cucumber-loving turtle god.

If you’ve never tried these books and you like a bit of magic realism, are into godly pantheons, or simply enjoy a good adventure then you will enjoy these books.

My only gripe with them is the shortness of the novellas of which they are composed.