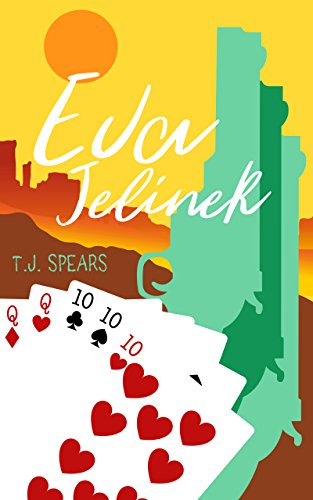 Yee haw! I used to love westerns when I was younger (about 50 years ago) and often regret the need to abandon the genre because of how dated most of them read now, with the evil Indians attacking wagon trains and men being manly and women called Miss Kitty bandaging them up and making them hearty meals. So I was as happy as a bug in a bed roll to discover this.

The narrative voice is pleasantly curmudgeonly. Ned Hopper is supposedly an old man writing down his memories of his life during and after the American Civil War. He has a damned good memory, and one is reminded of this teensy flaw in the process every time the writing of the memoirs is jerked back to its ‘present’ by interaction between Hopper and his amanuensis at the end of each chapter. He also frames a darned fine, episodic story.

Hopper lived through extraordinarily interesting times, of course: the war, buffalo skinning, homesteading, travelling west to California with Mormons, experiencing those inevitable gun fights, and various sicknesses some of them marvellously ameliorated by a medicine which is mainly opium and alcohol.

Hopper appears to have very few of the prejudices that a modern reader would associate with his time. He is an observer – he sees the woes visited upon north America by its settlers, by them upon each other, and by them on Native Americans. (He largely leaves slavery and its aftermath out of the story.) He reports even-handedly, somewhat like an ancient Huck Finn. He does what he can, in his homespun philosopher’s way, to avert bloodshed and mistreatment, sometimes with greater success than others.

Through the book is threaded Eva Jelinek – a woman Ned Hopper keeps finding and losing. She is a very smart cookie, a hustler, perhaps a whore, adept at making herself scarce whenever there is a danger of her being forced into that Miss Kitty role. Although she can treat a wound, she can also inflict one.

And so Ned Hopper makes his way across the U S of A, gathering  and losing companions as he goes, having wonderful adventures. And every so often he runs across Eva Jelinek.

The Amazon blurb says “If you enjoy intelligent historical fiction with an unusual twist ‘Eva Jelinek’ will not disappoint.” I agree entirely with that assessment. I enjoyed the book very much.

It was just as well it was so engaging, because it was as spattered with frustrating little typos as an Appaloosa is spattered with spots. My e-book is a couple of years old; I hope Spears has fixed these niggles since I acquired my copy. In an electronic book such infelicities are easy enough to fix.