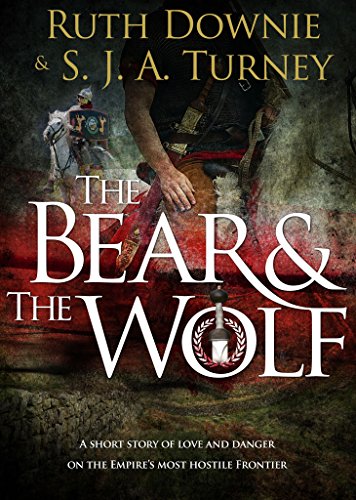 This is a shortish novella, currently only available as an e-book. It is set in AD210 at Vindolanda, the military base which guarded Hadrian’s Wall when the Romans occupied Britain. The two authors know their Roman history inside and out – and there is a short, useful Note at the end showing how the known history of the time supports the ‘what ifs’ of the story.

Senna is a Briton. Her man, Brigius, is too, from a different tribe. He is also a Roman soldier. Senna lives with him at the fort, with their child.

Life has changed a lot since the Romans arrived (AD 43): the invaders brought civilisation with them – wine and bathing, to name but two previously scarce luxuries. What pays for the luxuries is trade, which everybody loves (how very topical …). Although the Romans are not trusted, there is an uneasy peace between the invaders and the British tribes. But, of course, it takes almost nothing to set Romans and Britons against each other once again. The trick will be to live through what follows, and regain that Pax Romanus on the other side under which trade can flourish once again.

The deft characterisations in this little story really bring the protagonists to life. The historical information is accurate and delivered with a light and expert touch.

The story looks at how Britons and Romans get along, but also how Britons might (and occasionally did) defy Rome, if need arose. It is wise about how a status quo is quickly established and may be fiercely protected.

Despite its brevity it is one of the pieces of fiction I have enjoyed most this year. If you enjoy reading Roman historical fiction I think you will love this.

It is cracking value at 99 pence!