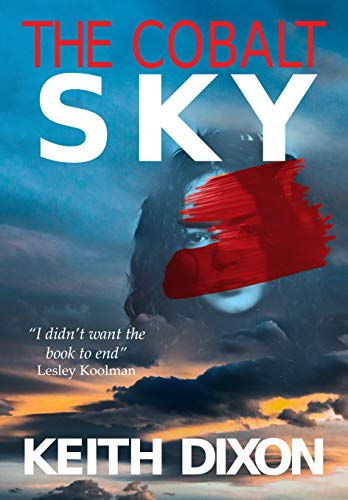 I was drawn to this book because the mystery at the heart of it concerns a painter, his idiosyncratic process, and a forgery of one of his works. I often enjoy crime novels and thrillers that are concerned with the theft of or search for artistic artefacts. Fortunately, this being the tenth in Dixon’s Sam Dyke series of detective books was no barrier at all to enjoying it as a standalone.

Keith Dixon is a British writer of crime fiction who likes to combine elements of the hard-boiled USA detective style with a British approach to crime solving. So if you enjoy UK settings (Crewe, Manchester and Alderley Edge), a dogged, private investigator hero who is more witty than he is flawed, car chases that occur at slow speeds, and the brandishing of almost no guns – then this may well be your kind of detective story. It reminded me rather of the Cormoran Strike series by ‘Robert Galbraith’.

This intriguing epigraph opens the book: “What usually has the strongest psychic effect on the child is the life which the parents have not lived.” (Carl Jung) And the story does span generations. The family at the heart of the book splintered long ago. Each damaged member has determinedly not thought in years about the events which lie at the bottom of the book’s central mystery. Now Sam Dyke comes knocking on their doors, hired to get to the bottom of a puzzle which nobody realises, to begin with, is related to their ongoing, familial unhappiness. Dyke unwittingly puts each of them, and himself, in danger when he does so.

Indeed, the book is as much an examination of the damage families can do to their members as it is a novel about forgery and death.

Dixon draws in a variety of strands to enrich the book. It is a testament to his skilful plotting that none of them feel like red herrings (although one or two of them are).

The book is beautifully written and cruises along like a well-maintained Bentley.

** Received a book file in exchange for an honest review **