I have become a real fan of Lynne Cantwell’s writing.

I can’t remember why I downloaded a sample of her book Seasons of the Fool. But I did. 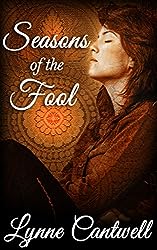 And was hooked before the end of the sample. Frankly, these days mozShe uses a mystical element (the woo-woo) in her work which really gives it zest. There is always plenty of plot to get one’s reading teeth into. And she weaves in romance, love and sex which nevertheless makes me (a curmudgeon if ever there was one) eager to read on. Stuff happens. There are satisfactory (well, OK – happy) endings and I can’t put her books down. So far I’ve read the first two of her Pipe Woman Chronicles series which consists of five all-too-short books 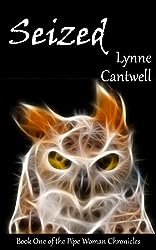 . And the two sequels to that series. 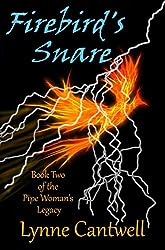 the more I come to know her writing style and her cast of characters the more enamoured I become. Who can resist a cast of gods from every pantheon in the world? Not me. Native American deities rub shoulders with Norse gods. Trickster gods from the various pantheons get together to play mega-tricks on mortals. Gods control our world and steer its course through human avatars. Occasionally those human avatars give the gods a good telling off. And I can tell you now – that is a scene worth reading.

If you like a bit of woo-woo (and we can all do with a little woo-woo from time to time) I can thoroughly recommend them.