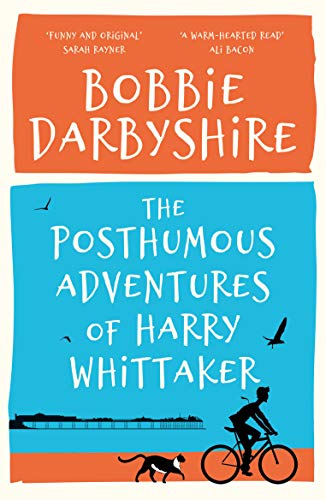 A new novel from Bobbie Darbyshire is an event to celebrate. Here one is. Huzzah!

I have seen her new novel described as ‘quirky’. As she has created her own version of the afterlife I wouldn’t argue with that epithet. When we first meet Sir Harry Whittaker, inheritor of Olivier’s mantle, he is already dead – albeit recently. Subsequently it is agreed by all those dealing with his estate that he was not a very nice man. With all this against him how is Darbyshire going to make a satisfactory protagonist out of him? But this is, as it were, a crossover novel as there are vibrant living characters in this drama as well as the dead one. All have their flaws; also pathos and redeeming qualities. These living characters are all affected by Sir Harry’s Last Will and Testament.

The story reminded me of ‘A Midsummer Night’s Dream’, in which the ‘rude mechanicals’, the fairy folk, and the love-sick nobles flit about a magical wood looking for their hearts’ desires and ways to achieve them. For ‘magical wood’ read ‘Brighton’ (dear Brighton, so warmly drawn!). As with MND, there is a nexus towards which all the characters are drawn. The nexus is dead Harry Whittaker, his Will, his cat and his portrait. The various characters bump into each other quite logically, if apparently out of the blue – again as in MND – and are forever changed. The magic of Darbyshire’s world draws in just the right characters and gives them exactly what they need.

The substantial cast of characters are beautifully realised. They demonstrate that trying to define ‘normal’ is a fool’s game and that nobody is ever average. There is pink hair. There is a pack rat. There is a port wine stain. There is a solicitor. The reader is guided accurately through the activities of this ever-increasing cast as they swirl through the pages of the book. One wonders how so much can possibly be brought to a conclusion. But order is brought out of chaos, as Darbyshire shows us precisely each character’s place in her schema.

One doesn’t come across magic realism that often in British writing. Angela Carter is the author who springs immediately to mind when searching for a work comparable with this. Darbyshire is a kinder writer than Carter, but with this novel is definitely operating in a similar milieu.

This is a lovely book about the possibility of becoming a better person than you ever thought you could be.