If you are local to Weymouth in Dorset, the last ever Crabchurch History Talks are taking place this year and, as a special, this time only, extra there is to be a book fayre attached. My books will be there, on the the “Weymouth writers and friends” stall.

The fayre is open from noon on the 29th of February. The talks begin at 4. In the evening the Dolmen will give their own musical take on the area’s history. 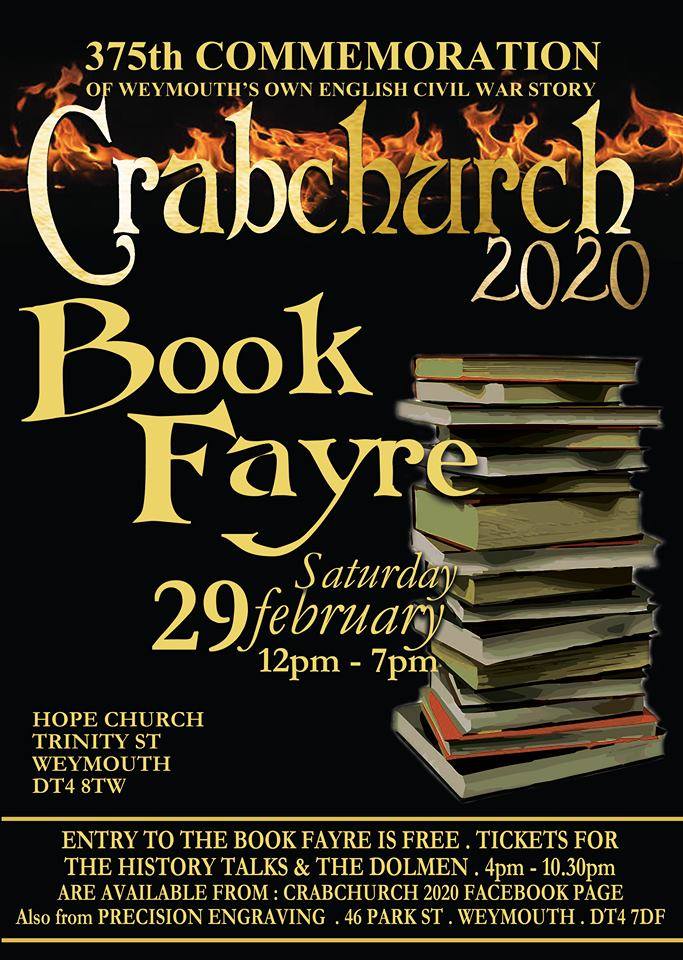